Ellora's Cave vs Dear Author: Not with a bang, but a whimper. 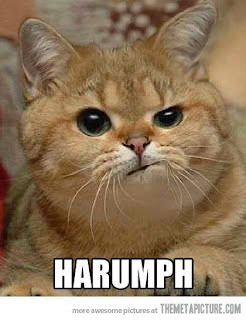 Well, there was a settlement today in the Ellora's Cave vs Dear Author case. Unfortunately, the terms are confidential, so all the rest of us can do is speculate. Considering there was a flurry of filings yesterday afternoon, it's interesting to note that the original blog post (as of this writing) is still up on Dear Author's site.

Make of that what you will.

After over a YEAR of this bullshit that never should have been filed in the first place, it's done. I'm happy for Jane, because I know this had to be a strain on her. I'm also happy there were finally some sworn statements by brave people willing to go on the record and file affidavits about their experiences with all of this, including that they are owed statements and royalties by Ellora's Cave.

All I know is that Ellora's Cave avoided opening their books and short-circuited anyone else filing sworn statements in Dear Author's defense about the case (like the one filed by the executive director of the RWA, Allison Kelley, swearing that Ellora's Cave admitted problems to them, which led to the RWA instituting restrictions against them).

There is a lot of speculation that can be made in this case, but unfortunately, we'll just never know. Either side can claim a "win" but the true losers in the long-term are editors, cover artists, and authors who claim they are still owed statements and royalties, and readers who lost entire libraries of books (some for a second time) when Ellora's Cave instituted their "site upgrade" back in July and apparently lost all on-site sales records despite Patty Marks swearing in an e-mail on 2/16/2015 that they had multiple and redundant backups in place.

It also means that Ann Jacobs will now have to file her own lawsuit against Ellora's Cave.

Also, interesting sideline to note, Ellora's Cave author Laurann Dohner announced recently on her Facebook page that she's starting a new series and apparently self-publishing it. (Feel free to correct me if I've got my facts wrong there.)

UPDATE: Deirdre Saoirse Moen has also posted an update with relevant asides from some of the filings.