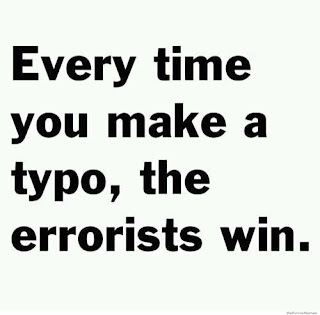 Just ran across a book blurb on Facebook for a book due out on 9/20.

Be proud of me, I didn't shame them publicly.

They wrote that the main character was born to "heroine addicted parents."

You know, I could have asked in the comments, "Which one? Wonder Woman? Batgirl? She-Hulk?" But...I didn't. I sent the poster a polite PM pointing out the error. Because, based on the blurb, I'm guessing the term "heroin-addicted parents" probably comes up more than once, and the word "heroin" might have been mistakenly replaced by "heroine" more than once if the mistake was made in the blurb.

And it was not the only error in the blurb. Based on the blurb, no way would I buy the book, if it had that many errors in it.

This is why, self-published authors, you MUST ENGAGE THE SERVICES OF AN EDITOR!!!! If you don't, and you don't know your "heroine" from your "heroin," you might likely find yourself ridiculed (with only yourself to blame).

And if you don't know why "heroine addicted parents" is in NO way a suitable replacement for "heroin-addicted parents?" Well, bunky, then you really need to go back to school.

No, I'm not perfect. This is why I'm the FIRST person to know I NEED an editor. And I've been repeatedly told by editors that my edits are usually pretty clean. So if someone like ME knows I need an editor, then why would anyone feel they are above the services of an editor?

And no, I'm also not playing "Mean Girls" here. I'm trying to point out why you cannot get your panties in a twist if you are responsible for making a totally stupid, totally juvenile, and totally PREVENTABLE mistake in something you are putting out to SELL TO THE PUBLIC.

Email ThisBlogThis!Share to TwitterShare to FacebookShare to Pinterest
Labels: grammar

Don't turn your Alphas into A$$holes. 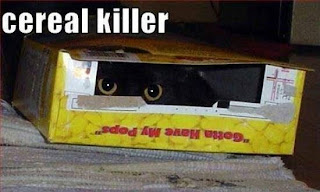 There's a disturbing trend as of late in romance and erotica books, of trying to push the envelope with "bad boys," or "dominant Alpha men."

Unfortunately, I've had an inordinately high number of DNF's  (did not finish) books over the past couple of months (no, I'm NOT going to name authors or books) where the hero was supposed to be some Alpha dude, and he actually comes off as an asshole.

Usually, this was because we didn't begin to see any kind of a redeeming feature in the hero until later in the book, if at all. And in many cases, if there was a "redeeming" moment, I missed it completely because I couldn't stand the hero and DNF'd the book.

Authors, you need to remember your readers do NOT know your characters the way YOU know them. YOU might know the hero isn't an asshole, and if they'll just hold on until later in the book, you'll prove it.

Unfortunately, if you wait that long to show the bad boy's snuggle-muffin side, you're really risking losing the reader.

Here's how you handle it: You need to show, either BEFORE the hero meets the heroine, or as soon as possible after (meaning IMMEDIATELY after) the hero's softer side. Whether it's you show him going in to volunteer at a Hospice house, or he rescues a kitten from a drainage ditch, or he does SOMETHING honorable/valiant/squee-worthy/"awww" worthy -- SOMETHING. ANYTHING. Because, believe me, if the heroine comes away from the first meeting thinking he's a douche nozzle, chances are your readers will, too. So you'd best salvage that bad boy's rep ASAP, or you'll be scratching your head over reader comments later saying how they'd like to roast his balls.

The hero MUST have an honorable streak of SOME sort. He MUST have a reason for us to like him. Even Hannibal-freaking-Lecter, A SERIAL KILLER, had people rooting for him!!!!

Let me repeat that. A SERIAL KILLER.

Why do we like Hannibal Lecter, besides Sir Anthony Hopkins' brilliant portrayal of him in the movie? Because he has his own twisted code of honor. If you're not rude to him, chances are, you won't end up on his dinner plate. He plays by a set of rules.

And yet we root for him.

Have I drilled this through your head yet?

Here's what you need to ask yourself, and I mean REALLY ask yourself. If you met your hero on the street, and knew NOTHING else about him, and he interacted with you the way he interacts with your heroine, would you like him, or would you call him a fucking piece of smelly toe cheese and tell him to go fuck himself?

Quit whining. Seriously, quit fucking whining about this. I don't CARE what his noble intentions are. If I toss the book thirty seconds after he pulls his Sir Douchey of Cunttown act, it doesn't matter HOW much you redeem him in the last chapter of the book, because I've already chucked it and considered adding you to my "authors to never ever read again" list.

And here's another thing to ponder. If readers see your heroine FALLING for Tom Twatwaffle, they're going to seriously question her intelligence and self-esteem, and they'll want to slap the everlovin' crap out of her. Meaning you'll have a book where readers hate BOTH your hero and heroine.

NOT a recipe for success.

So if you're going to write a bad boy, introduce him FIRST. Make us LIKE him FIRST. Invest us in HIM. Then let him trip into the heroine during their first meeting and give us a REASON to see why he acts like a fucking tool to her. Then you'll have us rooting for HER to see the same goodness in him that we do, and you'll amp up the tension in the process, because we'll be biting our nails hoping they do get their shit together, and that he is able to drop the Dick Dilweed act for her and they'll end up with an HEA we can all love.