Putting descriptions on a diet. 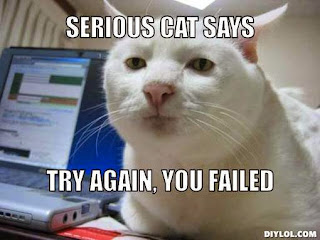 HA! A blog post that has NOTHING to do with the Ellora's Cave vs. Dear Author lawsuit! Didn't think I could do it, didja? LOL

Actually, yeah, I'm pretty swamped but have been wanting to write this post for a while.

Ever come across a passage in a book that looked something like this:

He walked into the living room. The mauve, floral wallpaper stretched from floor to ceiling and complemented the furniture, carpeting, and other decor. The carpet was a delicate, interwoven vine pattern of various hues of green and gold and fern and avocado, with a dense, short weave of the type commonly manufactured in Karachi in the spring. The velveteen couch was covered in chintz with a peach base and dainty little roses dancing across it, a cute satin fringe emphasizing the woodwork. Dark oak stain on the legs and arms, of the kind made in the custom furniture factories of North Carolina. His uncle had worked in one of those, once, and said that he forever associated the smell of sawdust with bologna sandwiches from his lunchbox. Which was nothing like the ornate crystal decanter set on the end table...


*RIPS KEYBOARD FROM YOUR HAND, SHOOTS IT WITH A SHOTGUN, AND THROWS IT OUT A 37TH FLOOR WINDOW*

For the LOVE of the GODDESS if you have WRITTEN something, anything, that resembles the above?

RIP IT FROM YOUR MANUSCRIPT.

He walked into the living room. From the chintz to the velveteen, it was obvious she lived in another century where current decor had no place.

Holy farking shitballs, seriously. I got bored just trying to write that sample piece. I get it. I do. Kill your darlings isn't just some bullshit that Stephen King spouts, but it's also not just referring to literally killing off characters. I cannot tell you how many times I've read a book and started skimming because there was SO.

Seriously, there comes a point, after about the second or third thing, where attention starts to wane. I mean seriously farking wane.

That means okay, yes, you need a little flavor. But if HALF your darn manuscript is DESCRIBING stuff in achingly BORING detail, you're going to lose your readers. I mean it.

This is NOT to say you don't use description. You do. Sparingly, and with purpose. You can use dialog action tags and little things sprinkled here and there to describe a character even better than you can page after page (after FARKING PAGE) of descriptive narrative.

Especially important to remember that if you're writing something like a thriller or a mystery where the pace needs to be faster.

You cannot hold a reader's attention if you bore the crap out of them.

Use it at the beginning of a chapter to set the scene. Or as a transition between a section of dialogue, maybe even interspersed with internal narrative/monologue from whoever the focal character is for that chapter. Or if it's highlighting something important.

Otherwise, cut out the boring shit. See your book as a movie, and remember that if you leave the lens focused too long on one particular place, then you'll bore the viewer (reader). Pick out a couple of key elements that speak directly to what you're trying to do, and use that. Do not drone on and on (and on).

I will smack you with that chintz throw pillow. Don't think I won't.

Whelp. Things are starting to heat up, and more stuff is getting filed in the lawsuit. Most interesting is an affidavit from the executive director of the RWA saying that they'd been aware of problems at EC and had an admission from them of late payments of royalties. They first contacted Ellora's Cave in AUGUST of 2014, and Jane's blog post was in September of 2014. Meaning rumors and problems PRE-DATING the blog post. And they've suspended EC from "certain privileges" in the RWA.

Looks like there were rumblings long enough before Jane's article for it to cross the RWA's radar, meaning Jane wasn't the only one aware of issues and she wasn't making it up out of thin air.

I wish that'd been part of the public record sooner. It means people knew about problems at EC BEFORE Jane posted her article that prompted the lawsuit. (I know, sky blue, grass green, it was THE worst-kept secret in publishing. There have been rumors for years about problems at EC.)

Deirdre Saoirse Moen of course has the totally kick-ass full listing of all the documents:

She also has an interesting side-note on a DOT notice she found about EC, which might add up to nothing.

Now, also in this latest edition of stuff that got filed is the exhibit composed of a HuffPo article published in MAY of 2013 (pre-dating the DA article by well over a year) that is an interview with Tina Engler (who, remember, technically isn't a personal party to the lawsuit, but it was one of the points that EC brought up in their lawsuit) where she talks about shopping for her new West Hollywood house that she'd bought. (Again, one of the things that EC was fighting against.)

Huh. Looks like Jane didn't make that up out of thin air, either, hmm? Guess Tina Engler deleted all her social media accounts for nothing.

Still no word on whether or not Ann Jacobs will be allowed to join the suit as an intervening party. If she is allowed to, she's claiming damages in the neighborhood of $193k in unpaid royalties on the part of EC.

Another side note, Ellora's Cave readers are up in arms that the EC "site redesign" they did a couple of months back wiped out their libraries of books, and EC is basically telling readers too bad, so sad, no receipts no books.

Um, WTF? What the hell kind of publisher does that? Wipes out their COMPLETE customer database and libraries without backing them up?? Unless...

Well, there is plenty of supposition on my part as to the timing and the why's of how it (the "site redesign") happened, and my bet is squarely on those suppositions, which I suppose we'll have to wait to find out as the lawsuit progresses to see if I'm right or not.

Word of warning: If you're going to sue someone who exercises their right of free speech and has evidence to back up what they're saying, make sure you think it through reeeeeallly well first.

Don't fuck with the First Amendment, yo.

You reeeeeaaallly want the popcorn for this one.

For starters, one of my previous blog posts, a compilation of reports about the EC vs DA lawsuit, was listed as exhibit 52 by DA's lawyer (who, IMO, is a First Amendment ROCKSTAR!). Am I amused? Greatly, because irony much for various reasons. The biggest of which is that, forever, "Write Your Ass Off" will forever be part of a federal case-filing. LOL

Okay, if you're behind on the news, Deirdre Saoirse Moen has done a kick-ass job (along with Courtney Milan) of parsing out the goings on and WTFery.

Deirdre, however, should get ALLL the cookies for having done a huge compile of documents and the filings...

WHICH CAN BE FOUND HERE.


A very long and telling read is EC's deposition of Jane, where EC's lawyer (imo) makes himself to look like a raging douche, and Jane's' lawyer basically makes him look like an idiot.

Pages 44-46 are highly amusing. Randazza is Jane's attorney, and Mastrantonio is the attorney for Ellora's Cave.

Um, would that be an admission by EC's own attorney that his client might "lose her mind" over something?

Would this be referring to the same person who for a time used a picture of herself flipping the bird as a social media profile picture? Said person who made claims that any reasonable person would perceive meant she was the head of Ellora's Cave?

We don't know for sure, but that's interesting, isn't it?

Unfortunately, there were also some chilling moments, like when Mastrantonio asked for information like the name of Jane's child (who is TEN FARKING YEARS OLD) and about her dog.

I'm sorry, but that's outside the scope of the lawsuit and is in no way germane.

Frankly, I hope people read this deposition and see the kind of depths that EC is willing to stoop to. But the biggest moment came when Randazza informed Mastrantonio that they're going to be auditing Ellora's Cave's books.

I'm glad that it looks like people who've been saying things for years are finally close to being vindicated. I'm sad (and fucking pissed off) that people had to get jerked around, however. I was approached twice by an EC editor, and I'm SOOOOO glad I said thanks, but no thanks, to the offers at the time. I dodged a MASSIVE bullet, it looks like. (Can you imagine someone with a big mouth like me not calling bullshit when I saw it and raising a stink? HA!)