Publishing is NOT a zero-sum game. 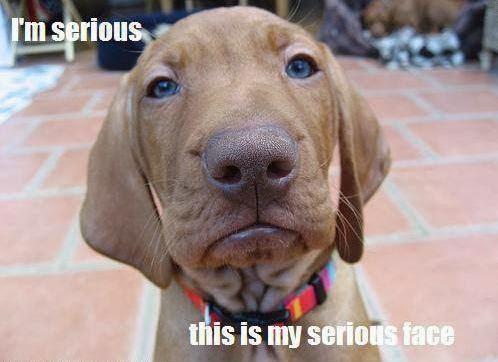 I've said it before, and I'll say it again: Publishing is NOT a zero-sum game. (Kind of knew I was going to say that from the title, huh?)

For all practical purposes, there is not some finite pool of readers who will only buy a limited amount of books every year.

Being jealous because another author sells more than you (which, in some cases, you might not even be correct about) does nothing but make you look like an amateur and waste your time and energy that you could be spending...oh...WRITING.

Do we all wish we could be making enough money we could wipe our asses with $10 bills instead of plain old TP? Duh. But just because someone bought Suzie McWriter's book doesn't mean they will automatically shun your book.

There are a number of reasons someone might buy someone else's book besides yours. Some of those things, we can control (cover--in some cases, writing, editing quality, story, characters, cover blurb, our author reputation) and some of them, we can't (viral word-of-mouth marketing, random news coverage or celebrity endorsement, position of Mercury as it trines with the friggin' moon).

Authors who anonymously one-star other authors, or who, as Lynn Shepherd did, tear down other authors and tell them they're so successful they should stop effing writing and trash their work without even READING it first, or who do any number of douchebaggery things in what they perceive is sticking it to another author, are doing nothing but hurting themselves.

You think readers don't see this shit and add you to their DO NOT READ list? Think again, bunky.

Who'd rather piss and moan about your failures instead of doing something constructive like working on improving your craft.

Who'd rather get their jollies backstabbing other authors instead of getting out in the reader community and networking with readers who, if they became loyal to you, would be a powerful marketing force more valuable than any money could buy.

Forget the whining. Forget the gnashing of your teeth that someone hit the bestseller list and you didn't.

Is it natural to wish you sold as many books as someone else? Duh, of course it is. But unless that person is JK Rowling, or Stephen King, or some other A-list author, you probably have the same starting chances of selling as many, or more, books than another author in the long-run. It doesn't mean a more successful author should stop writing. There isn't some limited space out there that bumps other writers out into the cold. Not anymore.

It's called e-books, biatches. And, for those of you who still have your heads buried in the sands of the Dark Ages of publishing, that means someone can carry around an iPhone or e-reader with THOUSANDS of books on it.

Some people do just that.

Does that sound like a limited playing field to you?

Let THAT sink in for a minute. New York isn't the be-all, end-all of publishing any more. You do NOT have to make it onto the NYT or USA Today bestsellers lists to be a success. And it's becoming more common for traditionally published authors to get their start indie- and self-pubbing, gaining notice from traditional publishers and then getting traditional contracts for their books as a result.

You think a publisher won't Google-search your ass and pass you up if you piss and moan about an author that has probably done more single-handedly to encourage reading among kids in this generation than a shit-ton of other writers combined?

If you make a friend of a reader, and they like you, they're more likely to go check out and one-click your books, if they're available in e-book format. But if they see you acting like a twatwaffle, you're likely to get written, in permanent ink, on their DNR list.

So don't pull a Lynn Shepherd. Don't be a twatwaffle.

Wait. I meant the be kind part, but it's late and I'm on deadline with fried Fibrofog brain right now.

It doesn't hurt you to be nice to fellow authors. It really doesn't. It doesn't hurt you at all. In fact, readers notice THAT,  too. They pass around the fact that they like you. You cannot buy that kind of advertising, seriously. You just can't.

Even if you don't like a fellow author, just...ignore them. Say nothing.

I'm lucky that I have a great bunch of friends who are fellow authors. We try to help pick each other up and dust each other off when we're feeling down, congratulate each other on our successes, cheer each other on when we're trying to make deadline, help each other brainstorm when we're stuck. Mostly women, a few guys, too.

We don't feel a need to backstab each other. Why do that? I'd rather cheer my fellows on than piss on their parade. Just like they cheer me on.

I believe in the old adage of what goes around, comes around. That's why I've always tried to help newbie authors when I can. Sometimes, they even come back to me later and tell me of their own successes. You know what? I'm HAPPY for them. I'm glad that I was able to give them advice or encourage them to keep trying. And they can pass it on, and so on.

Since when did it become cool to be mean? Since when is THAT a "family value," so to speak?

I'm sorry, maybe I'm lame, but I personally sleep better at night living the way I do, feeling happy for my fellow authors. I actually feel sorry for the authors who do the jealous teenager bitchypants crap. They're obviously emotionally stunted.

Maybe instead of all the one-stars Lynn Shepherd is getting, people should simply start ignoring her. Some have said that maybe this was a calculated attempt at PR on her part to get attention. Um, can you say "backfire?" Because I'm sorry, I wouldn't want the first thing someone came up with Google-searching my name to be me dissing JK Rowling and pissing off millions of readers who love her work.

Email ThisBlogThis!Share to TwitterShare to FacebookShare to Pinterest
Labels: what not to do as an author

Dear Lynn Shepherd - I suggest you get a new pen name. 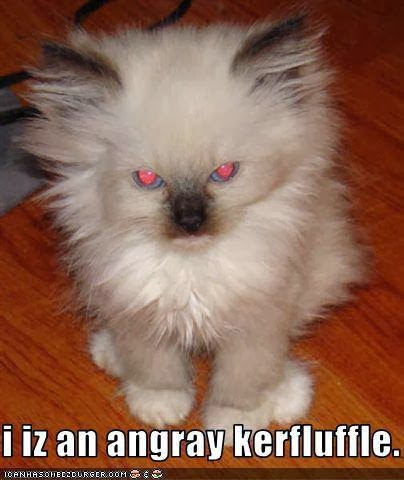 Okay, this rant was sparked by THIS article on HuffPo by one Lynn Shepherd. Who, by now, is probably wishing she'd listened to her friend's advice and NOT written this. Her books are being 1-stared left and right on the 'Zon now by people who never read them, using her own words against her.

TL;DR version: She disses the Harry Potter series despite admitting she's never read them, and laments that JK Rowling is the reason she's not selling books, because JK is just SO dang popular and adult readers are turning their minds to mush by not reading more gown-up fare.

I didn't much mind Rowling when she was Pottering about. I've never read a word (or seen a minute) so I can't comment on whether the books were good, bad or indifferent. I did think it a shame that adults were reading them (rather than just reading them to their children, which is another thing altogether), mainly because there's so many other books out there that are surely more stimulating for grown-up minds. But, then again, any reading is better than no reading, right? But The Casual Vacancy changed all that.

Maybe we need to ask her when the funeral for her pen name is and all send flowers, because, damn, I can't think of a faster way to totally tank your career than to piss off a WORLD of readers by looking like a jealous, petty, wannabe hack.

Wow. Lynn, darling, you REALLY should have listened to your friend. You just totally tanked your pen name, you realize that, right?

This is THE best illustration, EVER, to newbie authors on what NOT to say in public and how NOT to piss off a world of readers and fellow writers. So thank you for that, at least. Your post probably spawned a metric shit-ton of blog posts on what NOT to do.

Instead of whining about successful writers, how about working on your craft and, oh, maybe on your people skills? From your article, I suspect I know EXACTLY why you aren't selling a lot of books. You come off as arrogant, jealous, petty, and judgmental. *shrugs* Just calling them as I see them.

Do I wish I was making JK's earnings? Sure. But instead of whining about how successful she is, I'm GLAD she and EL James and all the others are doing great. It means that reading is ALIVE AND WELL. Just because it's not your cuppa doesn't mean it's wrong.

I think you need to look in the mirror when you talk about people who should stop writing. You're obviously in it for all the wrong reasons.
30 comments:

The ever-eloquent Chuck Wendig has another piece of awesomeness on his blog today about self-publishing. Not that he's against it, because as he says in his blog, he's also a self-pubber for some projects. But about WHY it's so important as a self-pubber to make sure you do it RIGHT.

Hire an editor, for chrissake. Pay for cover art.

He's absolutely right that there's a total flood of crap out there. I mean bad formatting, bad (or no) editing, etc.

If you want to practice, or publish something for free, go use Scribd or any number of other sites out there, hell, your own WP or Blogger site, for that. But if you want to be taken serious as an author, yes, quality DOES matter. Editing DOES matter. Covers DO matter.

And I'm sick and tired of hearing self-pubbers bitch about sales, and when I go look at their book, their cover sucks, their blurb is horrendous and full of errors (or, worse, is a sample), and then the sample is utter crap.

No one's saying you shouldn't self-publish. But do you turn your teenager loose on the highway with your car without making sure they know what the frak they're doing first? NO. No, no one dies if you publisher a shitty book--well, just your reputation with readers, your sales, and your potential career.

Do NOT use self-publishing as your editing service. Readers do NOT appreciate it when you charge them money and them ask them to correct your manuscript. That's like the plumber coming to your house and standing on the sidelines while YOU take a dive into your own septic tank, and then he charges YOU for the privilege.